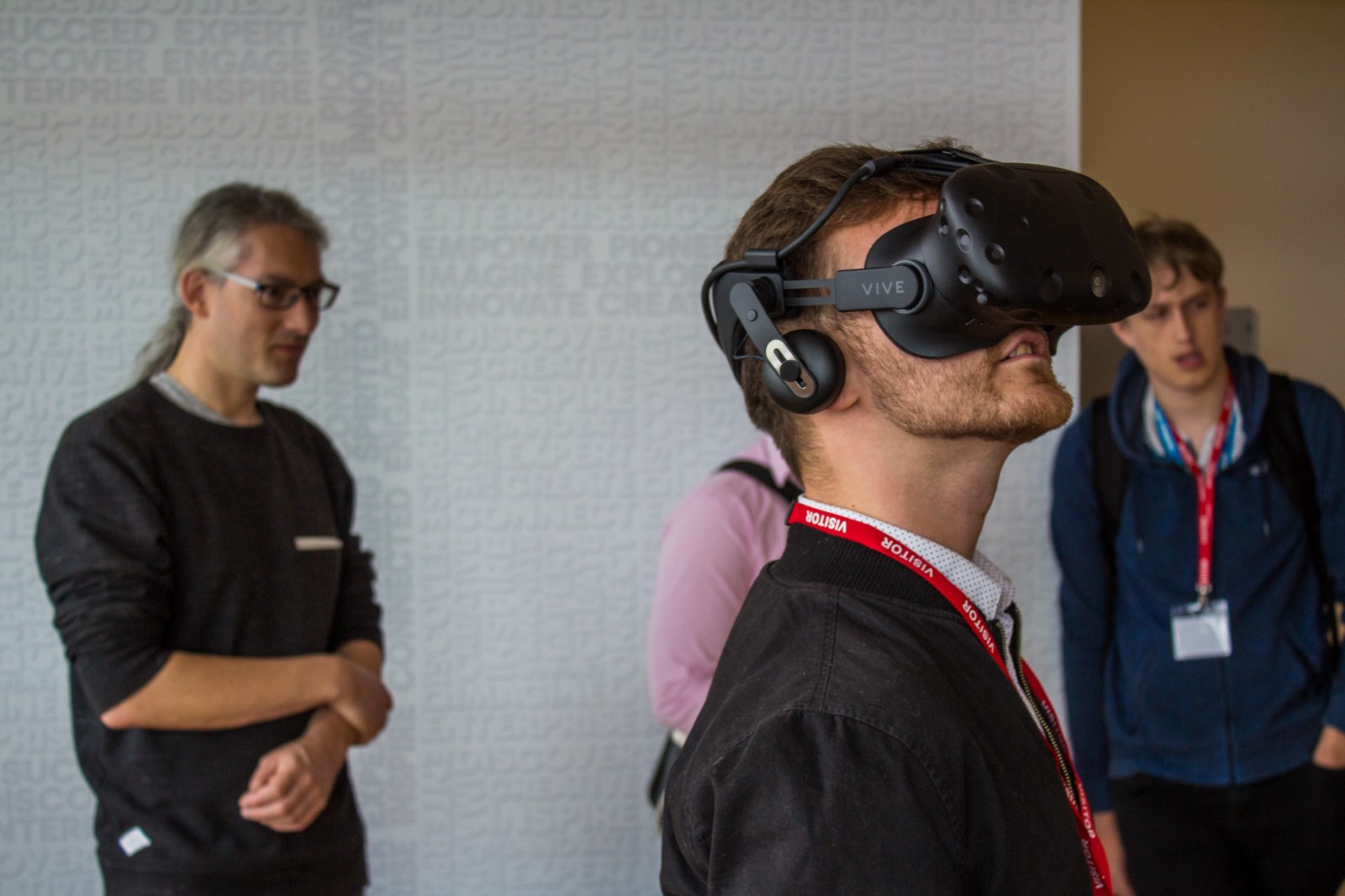 On the 9th October, I was honored to host the Software Cornwall open day, in partnership with Plymouth University’s School of Computing and Pool Innovation Centre. The day aimed to showcase Cornwall as a thriving tech hub and to become graduating students first choice of place to work post studies. With massive growth expected within the sector in the years to come, retaining skilled graduates underpins the long term success of this expansion. Over the morning, the students were invited into the offices of a variety of software businesses in order to experience life in the industry. Visits included N-Coders, Headforwards, LumiraDX, Everest Media. The delegates were able to chat with developers, learn about the tools and processes that the companies used and to beta test in development software. As an added bonus, Buzz Interactive travelled from Newquay to showcase their amazing work with Virtual Reality (VR). For many of the visitors, it was the first experience of VR and opened their eyes to the potential of the technology. 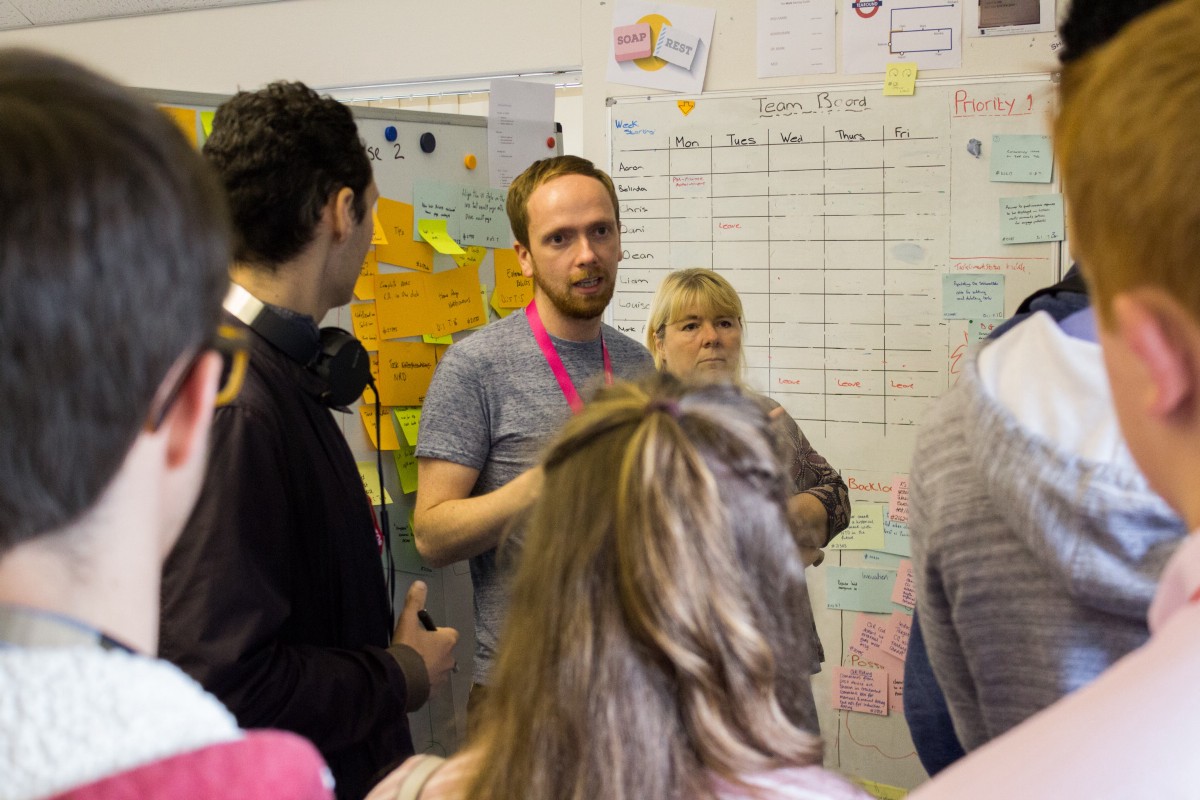 After the visits, the doors were opened to the wider Software Cornwall family for lunch, lightning talks and networking. The week previous, I had delivered a guest lecture at the University focused upon the benefits of a strong network. Included was an interactive workshop based around introductions and elevator pitches for networking environments. During my recent studies a real enjoyment of meeting new people developed. This, in turn, opened a world of opportunities once it came time to find a job. Highlighting this to students was hoped to help their long term prospects, and give them an extra couple years to build a network. Well….. for those that took action at least.

The lunchtime lightning talks, sponsored by Headforwards, focused upon the broader software industry and the skills that make for a successful career. Many focused upon the fringes of technology including User Experience design, copywriting as well as the support available for startups in the county. The companies involved in this session were Unlocking Potential, Radix Communications, fffunction, LumiraDX, Falmouth University Launchpad and Hertzian. The fast paced session offered snapshots into hugely successful companies, many of which are industry leading. 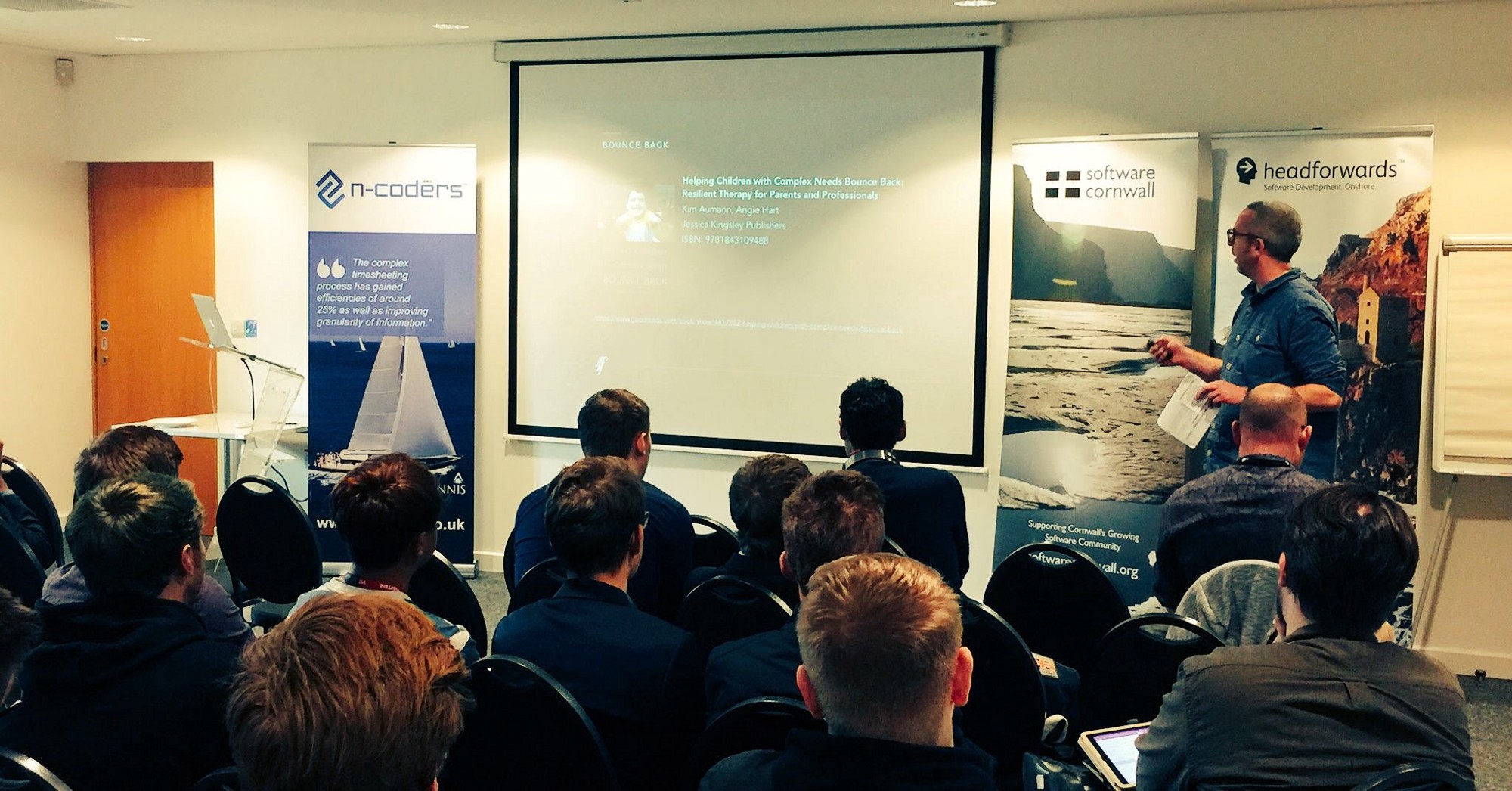 It was great to see the lessons learned over the day come together in the app workshop during the afternoon. The students are building a prototype app around employability. Given that they had just interacted with 11 companies who regularly hire, the app took on a more meaningful slant encouraging students to contemplate what they need to cover over the 3 years. Many turned up with an interactive prototype. I was amazed at the quality of work produced after just two weeks study. They’re certainly much further along the programmer path than myself at that point! In the days since I’ve been lucky enough to receive complementary emails, tweets and messages from participants. It’s an odd feeling being thanked in this way. I can certainly see why people dedicate their lives to encouraging other to succeed in industry whilst helping to develop the skills needed. Feeling that you’ve made a difference to someone is awesome, and probably slightly addictive. I can’t wait for my next fix!

« Pitch Up at the Blue Mission to Mars successfully launched »