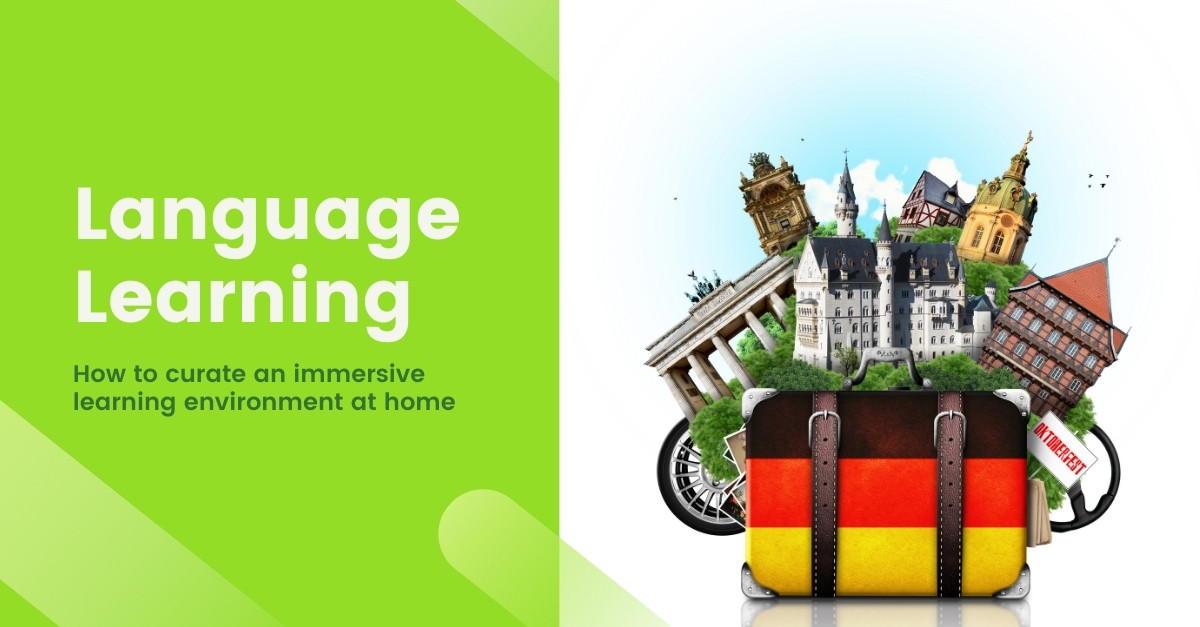 One of my favourite things to do is learn. During a self reflection session this summer, I realised that it’s been ages since I’ve actively done so. Sure, I’ve learned a few bits and bobs for work. Learned a ton of facts, hacks and tidbits, but these were not really deep dives. Not what you’d call learning. Thinking back to University, the constant flood of new information that had to be absorbed and understood was pretty awesome.

Something that’s been on the eternal todo list has been to learn a new language. A few phrases were picked up for various trips to Europe. A word or two has been retained since my school days. But I can’t say that I know a second language. Of the various recent trips, Vienna was the top of the list for my partner and I. Given we want to head back when the time’s right, it seems sensible to learn some German, the national language of Vienna. Luckily, this was also the one forced upon me in school. It doesn’t sound as strange to the ear as other languages do as a result. Thanks school!

Learning a new language, it turns out, is a slightly harder thing to do as an adult as opposed to when you’re younger. In part, this is because of the reduction in brain plasticity. That is its ability to change over time in response to new stimuli against the ease at which stimuli result in new neural pathways, the foundation for knowledge and understanding. But I like challenges, plus the process of language learning has been shown to have many cognitive, empathetic and societal benefits. Double bubble!

So how best to learn a second language. You don’t need to look far to find multiple people extolling the benefits of full immersion. That is to throw yourself in the deep end by moving to a country that speaks the language. Unfortunately, that’s not possible at the moment. For a variety of reasons. Perhaps something that’s more appropriate to people in their early twenties with fewer life responsibilities. I’ve got a cat and a family of seagulls to feed after all! Big responsibilities.

Thanks to the modern world, one can create a sense of immersion fairly easily. What’s better, it doesn’t actually have to cost a fortune to do so. With so many apps, books, podcasts, radio stations, websites and similar at your disposal, it’s possible to completely surround yourself with another language if you desire.

Currently, I’ve been actively learning for a little over a month and have tried various methods. Some have worked and stuck, some fell by the wayside relatively quickly or have been earmarked for the future. Below I’ll list out a few that seem to be bringing some benefit along with some tips.

Many have been tried. Few remain installed.

Duolingo (Pro) - Whilst the free offering would have been more than ample, I decided to upgrade due to the sheer amount of time I spend on it. Duolingo is great for building an understanding of how a language works, as well as learning vocabulary. Those gems disappear fast! This was the first app I tried due to familiarity, and the gamification aspects of it really do work as long as you stick to it for a month or so. Rather than spending time doom scrolling social media, I fire up Duolingo and have to complete an exercise before I check twitter. Most of the time, Twitter doesn’t get checked because I’m so engrossed. Fair to say, it’s truly addictive.

Memrise (Pro) - This app focuses on learning phrases and words, but through short videos of native speakers. Brilliant for tuning your ear to the language, and helping you to use it much more like a native speaker. I feel that this app, more than the others, will help with pronunciation as each word isn’t recorded separately before being stitched together in the app.

Drops (Free) - Of all the apps I tried, Drops stood out the most. Primarily for its beautiful design. The free tier offers five minutes a day of lessons, where new words drop into your vocabulary before being matched up with representative imagery. This app is perfect for using one handed when concentration can’t necessarily be given 100%. Ideal for use when walking #DexPZ in the garden. 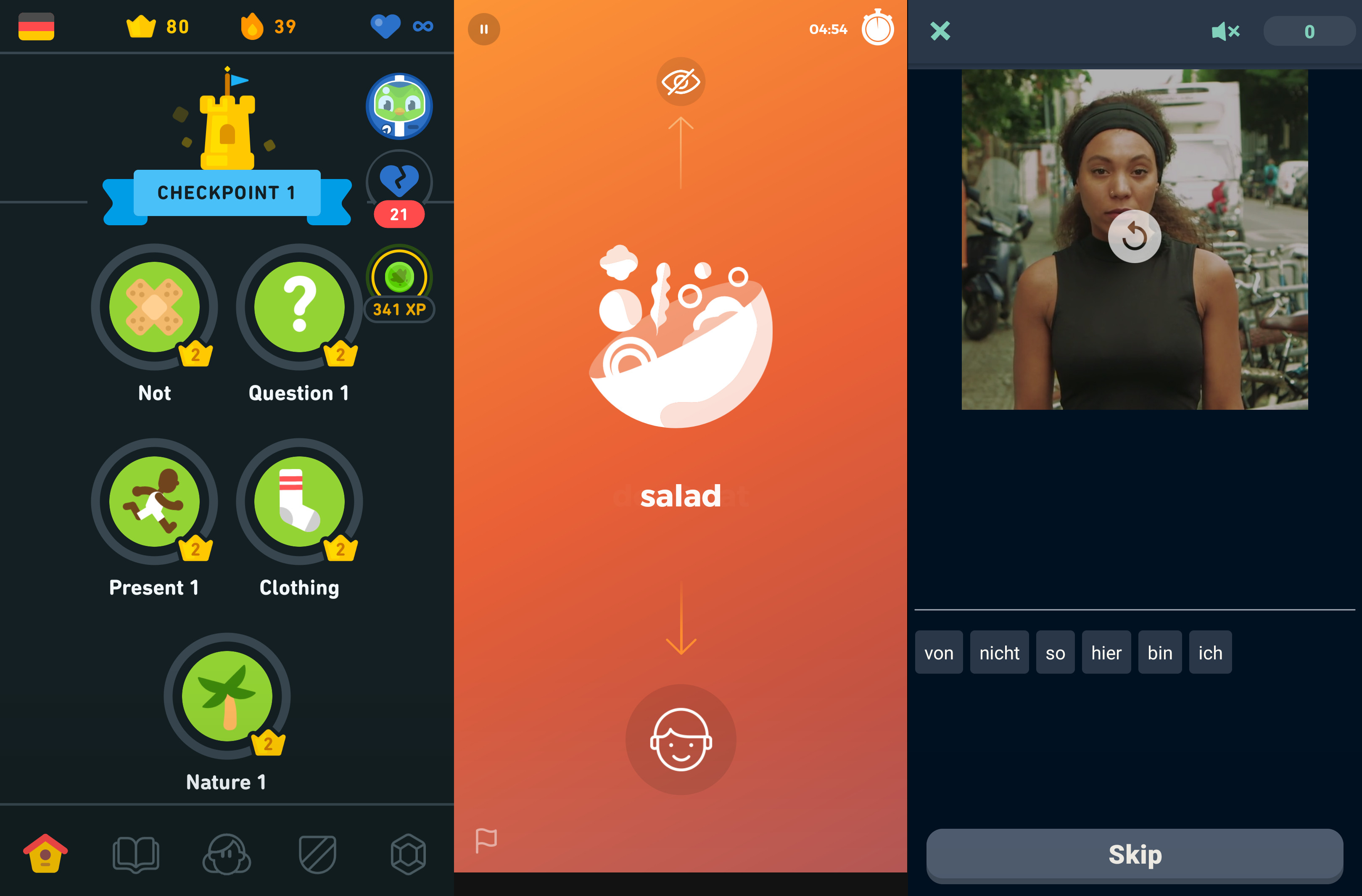 Practice German Word Search - The app title pretty much says it all. It’s a wordsearch game. This one is used to improve word recognition, rather than comprehension. Ideal for when the other half is watching something wholly uninteresting on TV or I’m feeling a little fatigued.

Top tip. If you are using these, or any other apps for language learning, be sure to say EVERYTHING out loud. EVERY last word. EVERY single time. Otherwise you’ll learn to read without learning to speak, which I’d guess is the goal for most people.

Personally, I use podcasts for two different goals. Firstly to expand my vocabulary and build context around what I’m saying pus absorb a bit of the culture. Secondly, to create a sense of immersion that would be achieved if living in a German speaking country.

Coffee Break German - These 20-ish minute episodes each revolve around a specific topic and are extremely complementary to app based learning. The topics, certainly in ealy episodes, mirror the content of Duolingo to some extent. Each episode is hosted by a learner and a native speaker, which gives the feeling that you’re not alone in your learning expedition. This is my go to podcast whilst in the shower.

Was Wichtig Wird - Byte sized episodes about current events, where the host interviews an expert. This one is great for a couple of reasons. Firstly, it builds vocabulary that is useful for talking about world news. Secondly, you get to hear native speakers talk at a natural pace which is brilliant for hearing the vocabulary you know in different accents and voices. I say natural pace… often the contributors are highly caffeinated!

Easy German: Learn with native speakers - Long form conversations in relatively basic and fairly slow spoken German. This podcast is all about getting to hear the language spoken in context, picking out the odd word or two that you recognise. The goal with this one is not to understand what’s said, simply to let the language wash over you so that the brain gets used to hearing it. It’s been great seeing how much more I understand as time has gone on.

nachrichtenleicht.de - A news website in relatively basic German that releases a handful of articles a week. The great thing about this site is that each article comes with a podcast where it’s read aloud. Given that it’s far more effective to both read and listen to content when language learning, to aid both comprehension plus your fluency and vocabulary size, this site is a great addition to your German learning adventure. It’s an offshoot of a news website, ensuring a near limitless amount of content today and into the future about topics of interest as your skills improve.

Books of short stories - I’ve picked up two books of short stories. This one and this one. Whilst they are far beyond my abilities at the moment (both are A2/B1 level), I figure it’s a good idea to start reading German that I don’t understand. Every now and then I’ll pick one up and read a story that’s only a few pages long. As my vocabulary base has expanded, they’re making more and more sense and the short dictionary list accompanying each tale is helping to aid the absorption of new words.

I’m a big hip hop head, and to a lesser extent, a fan of music of all kinds. Given Hip-Hop is primarily spoken word, it’s a great candidate to layer on top of other learning methods. Thankfully, Chris Heilmann suggested a nice list of artists to start with after I gave a talk in Vienna. One which involved myself rapping.

I can’t say I have more than a rudimentary understanding of what the songs are about… but a few artists have stood out:

Thanks to the all powerful algorithm, finding a few artists you like will result in a torrent of music to your taste.

One other avenue with music is to find covers of songs you already know in your language of choice. I’ll leave you to dive down this rabbit hole by yourself. Some covers are sublime. Some are terrible.

Films and television are a brilliant tool for language learning for three main reasons. Firstly, they provide an endless source of it spoken in a relatively natural way. Certainly in terms of pace. Secondly, the dialog is usually in context to some extent. When the cast are on the beach, they’re normally talking about beachy things. When they’re in the supermarket, they often mention things you say or hear in the supermarket.

Most importantly (for me at least), films are usually emotional rollercoasters. They contain moments of excitement and boredom. Happiness and sadness. Love and hate. Being able to hear the language spoken when people are in different emotional states affords the learning of linguistic nuance that you don’t seem to find in learning materials. Certainly not at the level I’m currently working at. Words are different depending on the scene’s needs, plus the tone and pace can vary. The word love is a prime example. In English, it can be used in an intimate moment with your partner or while driving at high speed, getting a buzz from the adrenaline. Being able to hear the same word in both scenarios really helps when trying to pick words out in conversation.

Of course, the above applies to content made in a foreign language. Switching on foreign subtitles for shows in your native tongue is an equally valuable resource, and possibly one which is much easier to convince your other half to regularly endure if they aren’t going on the learning adventure along with yourself.

I’ve also noted that there are websites & apps that offer rich interactive subtitles over shows in foreign languages. Personally, I’ve not tried any of these yet, but probably will in the future. If you’ve had success with these, let me know in the comments.

If you are looking to create a sense of immersion, the above methods are a good place to start, but by no means the end. If you are feeling really confident, why not switch your phone to be in the language you’re learning. Probably best not to do this in the early days tho!

Let me know on social media or in the comments how you are getting on with your language learning adventure. If you have some top tips, please do share.

« Kernow DAT. What an adventure! Build time gains from upgrading Jekyll to 4.2.0 » 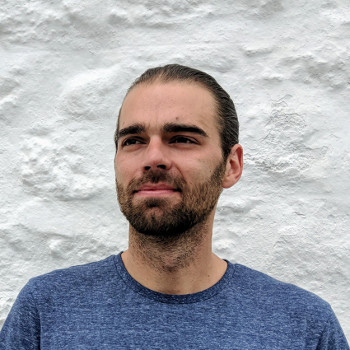