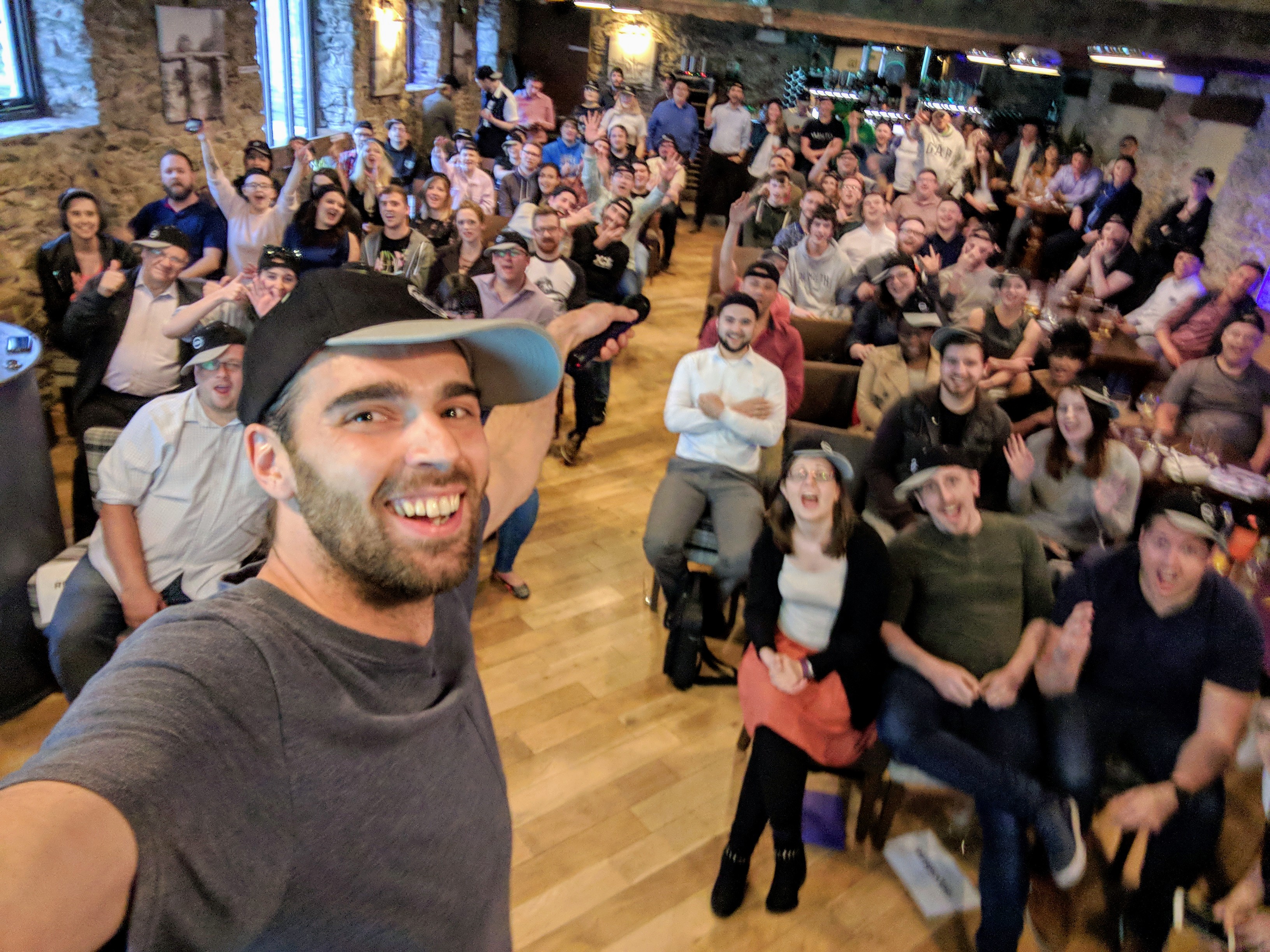 On June 7th, 2018, I was lucky enough to take to the Digital Plymouth stage to deliver a talk focusing on speech recognition technology. The evening event, hosted at The Loft (which overlooks the stunningly picturesque Barbican) is a regular gathering of the cities digital minds. Other speakers on the night included the ever inspirational Lyssa-Fee Crump from Mutu System and George Windsor from Tech Nation.

On the night I told a tale of Beats, Rhymes & Unit Tests… a look at the intersection between speech recognition, hip-hop and unit tests. Trust me….. there is one! Quality hip-hop has been a personal passion for a long time which has help shape my worldview. This talk allowed me to intertwine music with a techy project. It rocked. The microphone broke. The sound desk didn’t work initially. The projector was in the wrong aspect ratio for my slides. Despite these things….. it still rocked and the audience seemed to have a great time.

Given that speaking at Digital Plymouth has been a personal goal for a few years now, I decided to have some fun in the lead up to the talk. Over recognisable rap instrumentals, I acted as my own hype man in the hope of creating a little buzz and expectation around the talk in the weeks prior. It worked. People who I’ve never met came up to me to comment on the clips, showing that the reach and engagement levels for videos are far higher than a simple social media post. If you’re interested, take a look at this YouTube playlist. Be sure to hit subscribe whilst there for the next instalment in the series.

Despite the promo clips, for the most part people had no clue what to expect from the talk. Purposely so. Crafting a presentation which sits at the intersection of informative, engaging and funny is no easy task, and certainly not something that particularly comes naturally. Written initially over a long weekend in early 2018 for the Plymouth Web Meetup, this iteration allowed for the refinement of punch lines, the cutting of waffle, trying some new material as well as testing out a reworked crescendo. Capturing the evening in 360 video has helped tighten it up even further.

Over the second half of 2018, I’ll be performing a variation of this presentation at conferences and meetups around the UK. If you see my face pop up at an event you’re attending….. be sure to head into the session. We’ll have some fun and you might walk away with some swag :)

The responses alone have made the effort worthwhile. “You’ve upped the speaking game for everyone”, “One of the most engaging talks I’ve seen in years” and “Dope!” are just some of the comments received. Many of these come from people whom I’ve looked to for role models and guidance in recent years and they mean an awful lot.

A special thanks to the community across the South West who’ve supported, encouraged, given feedback and generally been awesome over the last 5 years. I couldn’t of done it without you all. Who knows. I might do a talk about this in 2019…….